The highest quality ginseng root blend on the planet!

The highest quality ginseng root blend on the planet!

I was very tired and thanks to your special Super Ginseng blend, I have energy like when I was 21. God bless Dr. Schulze!

An overall positive sense of myself

I have more energy. It increased my libido. It gave me an overall more positive sense of myself. Since I started taking the Male Formula and Super Ginseng, my wife and I are now having sex two times a week, at least. In this day and age, it’s so easy to get sidetracked and to start thinking about everything else besides what makes you happy.

My wife and I are working on starting a family, so I've been taking this every night lately.

THE HIGHEST QUALITY GINSENG ROOT BLEND ON THE PLANET!

Ginseng is one of the most praised and revered herbs on the planet. People have been killed and wars have been fought over it. This formula contains rare, essential trace elements and is a powerful tonic to increase energy, vitality and sexual activity. It is famous for giving strength to the weak.

We blend the rarest, most premium-grade, most sought after and most expensive Ginseng roots on the planet. Collecting Ginseng for a blend like this is an art and is very difficult, so Dr. Schulze literally spent years learning how to choose good roots.

Wild American “Blue Ridge” Ginseng root, Chinese and Korean Ginseng roots and Siberian Eleuthero root are famous all over the world, and have been for thousands of years. Medical texts report only that Ginseng strengthens the body, increasing its resistance to fatigue, and one’s capacity for work and concentration.

On the other hand, men all across the world report that Ginseng enhances their sexual desire and function. Male patients in the clinic always said that the description of the roots (hard and long) also described their clinical action!

Super Ginseng blend is an herbal concentrate made from a blend of the world’s most potent ginsengs that have been used for centuries. In his clinic, Dr. Schulze’s male patients who thought that their sex life was long gone, discovered that it was just sleeping. It was also used by many who thought their sex life was going downhill, only to discover that they hadn’t even peaked yet.

The bottom line: When anyone has the fear or feelings of sexual inadequacy or impotency, it is an indicator that degeneration is taking hold in your body. This sexual degeneration is not natural. It has been directly linked to the modern American way of life: junk food, an accumulation of toxins and waste in the body, poor elimination, lack of exercise, a high-stress level and negative emotional health. Ginseng will reawaken your sex drive!

For a powerful dose in a single “SHOT”, try Dr. Schulze's MALE SHOT. 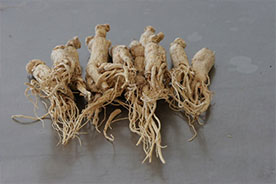 *Offer available to new email subscribers only. By signing up you agree to receive periodic email newsletters, tips, and special offers from Dr. Schulze’s American Botanical Pharmacy. You may unsubscribe at anytime.