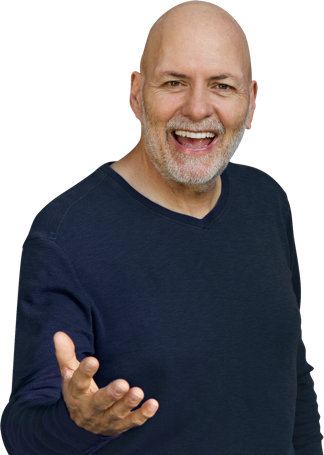 At the age of 16, after a year of ill health, medical doctors diagnosed Dr. Schulze with a genetic heart deformity and heart disease. The doctors told him that unless he underwent open-heart surgery, his weak and deformed heart would not be able to pump sufficient blood to an adult body and he would be dead by the age of 20.

Dr. Schulze grew up in a small farming town in rural upstate New York. On one "snowed-in" winter's night, he was awakened by his mother frantically trying to summon a medical doctor to their home, but all the roads were closed. That night his father slowly and painfully died from a heart attack. It took him over an hour to die, and eventually he stopped breathing right in his young son's arms. Dr. Schulze was only 11 years old. Three years later when he was only 14, his mother also died of a massive heart attack. Both his parents were only 55 years old when their lives were cut short.

At the age of 16, after a year of ill health, medical doctors diagnosed Dr. Schulze with a genetic heart deformity and heart disease. The doctors told him that unless he underwent open-heart surgery, his weak and deformed heart would not be able to pump sufficient blood to an adult body and he would be dead by the age of 20. He declined to have the surgery, walked out of the hospital and instead, made it his quest to discover alternative ways to heal his heart. Over the next three years he made radical changes to his teenage lifestyle. He became a vegan, began an intensive exercise program and literally changed everything that went in and out of his body, mind and spirit. He immersed himself in literally hundreds of intensive alternative-lifestyle and Natural Healing programs, herbal-formulae and detoxification routines, as well as cleansing, fasting, flushing and health-building programs. After three years he returned to the same medical doctors who had told him he would die without surgery. This time they told him his heart had miraculously healed itself. Dr. Schulze had created his first healing miracle.

Training With The Best Teachers 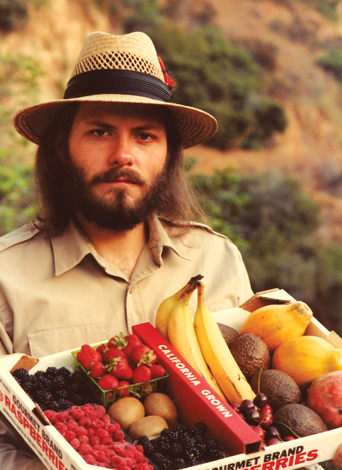 Dr. Schulze admits that he "stalked" many of the greatest Natural Healers of the last century, including the famous European naturopath, Paavo Airola. He trained directly under, and then served an internship with, the great Natural Healer, Dr. Bernard Jensen, at his Hidden Valley Health Ranch. He also studied and apprenticed with "America's greatest herbalist," the late, great, Dr. John Christopher, eventually graduating from his college. Dr. Christopher asked him to stay and teach alongside him for years. When the acclaimed teacher eventually passed away, Dr. Schulze continued teaching at his college for another decade.

In addition to acquiring a doctorate in Herbology, Dr. Schulze also received degrees as a Master Herbalist and Herbal Pharmacist, a doctorate in Natural Medicine, three degrees in Iridology and eight certifications in various styles of body therapy. Incredibly, he also possesses a yoga instructor's degree and three black belts in the martial arts.

Learning From His Patients

In the early 1970s Dr. Schulze opened his first Natural Healing clinic in New York, and then a few years later, he moved his clinic to Southern California. He operated his Natural Healing clinic in America from the early 1970s to the mid-1990s. During this same period, he also managed and directed other Natural Healing clinics in Europe and Asia. In his two decades of clinical practice, he has treated literally thousands of patients. Dr. Schulze maintains that he learned 5% of what he knows from school and 95% in the clinic, and always credits his patients as his real teachers. Without a doubt, his real-life clinical experience is what sets him apart from other doctors in his field.

In his second decade of clinical practice he worked almost exclusively with patients suffering from cardiac, neurological, cancerous and other degenerative (so-called incurable) diseases. His clinic became famous for those patients whom western medicine had given up on and who were sent home to die. His clinic was also recognized for Dr. Schulze’s highly effective Natural Healing programs, his powerful herbal formulae and his many patients curing themselves, in spite of the death sentence handed to them by their medical doctors. Many of his patients are still alive today, 20, even 30 years after their medical doctors told them they would soon die! 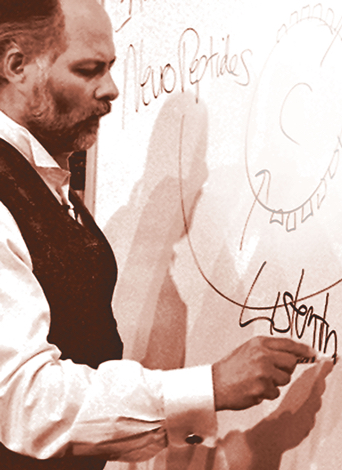 The main reason his patients were able to create their own "miracle cures" was the fact that Dr. Schulze pioneered new techniques, therapies, programs, and herbal medicines that went far beyond what anyone had done in the past, and he went to extremes, where most Natural Healing doctors feared to go. Dr. Schulze always says, "I tried to kill my patients with extreme programs and herbal formulae; after all, they were supposed to be dead anyway, so we had nothing to lose." But his patients didn't die. Instead, they thrived and healed themselves. The outcome of his clinical work has been the achievement of miraculous unprecedented results, far beyond what most people thought possible with alternative medicine.

Dr. Schulze’s herbal formulae and Natural Healing programs are now used in clinics worldwide to help people heal themselves of numerous, supposedly incurable diseases. His clinical results have reverberated throughout both the Natural Healing and medical communities. His many patients are now the living testimony to the limitless possibilities of how you can literally heal yourself of anything, naturally.

Dr. Schulze served as the Director of the College of Herbology and Natural Healing in the UK for 11 years. He held the title of Senior Professor at Dr. Christopher's School of Natural Healing for 10 years and also Co-director of The Osho School for Naturopathic Medicine in England, France, and Spain. Additionally, Dr. Schulze is the co-founder of the Association of Master Herbalists in Great Britain.

He has taught and lectured at numerous universities, including Cambridge University and Oxford University in England, Trinity Medical College in Ireland, Omega Institue in New York, Cortijo Romero in Spain and other natural therapy and herbal institutes worldwide. He has been the guest speaker at numerous churches and also on numerous radio and television shows. Dr. Schulze is loved worldwide for his intensity, passion, dedication to students, sense of humor, creativity and his exciting, enthusiastic and evangelical style of teaching. He is mostly recognized for his unequaled understanding of Natural Healing.

In 1994, after 15 years of formulating herbal medicines for his patients, Dr. Schulze opened the American Botanical Pharmacy, which manufactures and sells his effective pharmaceutical-grade herbal formulas to the public.

The Power of Natural Healing